We're here for you to discover a city at the crossroads of Europe and Asia. Our guided tours are tailored to meet your needs, be it walking on the cobbled streets or wandering off the beaten path.

Day Trip to the East

Explore more of the country’s heritage in just a few hours. We’ll visit the historic site of Mtskheta and head towards the rock-hewn town of Uplistsikhe. This fascinating cave city also sits in the Eastern part of Georgia, that from pre-historic times served as an important trade center on the main caravan road from East to West.

A great choice when all you have is one day to get out of the city.
Email: tours@roomshotels.com

"The east European renaissance city everyone wants to go to"

The only major route that connects Kazbegi (Stepantsminda) with the rest of Georgia is a former military highway, ancient passage across the Caucasus, stretching from Tbilisi to Vladikavkaz [Russia]. It is one of the most scenic roads, steeped in trades, wars, and legends. We invite you to explore the highlands of Kazbegi, ranging from the wide-open spaces to unique ridges, weathered peaks, and dramatic rocky gorges. Rising to the gorgeous summit of Mt. Kazbeg (5054 m), experiencing the wild, cool breath of the glacier is bound to leave anyone speechless.

"There's a joy that arises from exploration"

Georgia is said to be the birthplace of wine and Kakheti province, Eastern part of the country, is where the heart of Georgian winemaking lies. Wine has always been at the core of Georgian identity. Imagine rich and cultivated vineyards, the tinkling of cowbells, fresh air. Exploring Kakheti means experiencing the real Georgian hospitality, savoring a taste of artisanal Georgian wines and reveling in the rich history of the region.

Tours We Offer in and from Tbilisi

Throughout the Classical Tbilisi tour we will explore the ancient and well known attractions in central and old Tbilisi. While walking down the alleyways you will spot Persian and Ottoman domes neighboring Soviet towers and Art Nouveau mansions, brutalist monuments and Byzantine arches that are giving a way to sleek modern villas and lovely row houses with traditional, ornately carved wooden balconies.

Georgia is no-longer a post soviet rundown, but one of Eastern Europe’s sophisticated capital. However, most adventurers who set their foot in the country are on a hunt for the ancient leftovers. This tour is an incredible way to discover the hidden treasures of Tbilisi. During this tour you will have a chance to walk around the houses of Georgia’s most prominent cultural and artistic figures, come upon the traditional carved balconies, old houses clinging from the cliffs, so-called Italian backyards, and more undiscovered places. Our meeting point will be Rooms Hotel Tbilisi, and will reach our final destination - Fabrika Hostel.

Messy yet colorful counters of Tbilisi's oldest central markets, one of its kind 78k seat Football Stadium, the XIX century iconic buildings walking you through different epochs and influences on the capital's urban development – It's all in there.
Left Bank Insider's Tour is probably one of the most dynamic tours to discover the history and flavors of Tbilisi. Dig it.

The combined tour of Georgia’s capital Tbilisi and former capital Mtskheta will help you travel in time and experience Georgian culture and its rich history. Starting in Tbilisi, we will go through the old town with its major attractions and afterwards explore Mtskheta. The historic churches of Mtskheta are outstanding examples of medieval religious architecture in the Caucasus and have become part of the United Nations World Heritage List.

Chasing down Tbilisi's Iconic soviet modernist architecture with typical old school cars VAZ 21011, that have been carefully selected to recreate the soviet past.

The tour is run in collaboration with HomoSoviet Tours.
Email: tours@roomshotels.com

Get to know Tbilisi's soviet past with the works of monumental-decorative mosaics, many of which are facing the threat of destruction and obliteration. Learn more about Tbilisi's urban context and its developments in the previous three decades.

The tour is run in collaboration with Alternative Tours of Tbilisi.
Email: tours@roomshotels.com

Our in-house guides have also explored regions across Georgia - be it Kakheti, Kazbegi, Svaneti or the Black sea coast to name a few. If you're planning to go beyond Tbilisi, reach out to our adventurous in-house guides who are experts at what they do.

Our guides are young professionals, lovers of mountains and adventures, who have been involved in recreational outdoor activities including mountaineering, climbing and trekking for years now. They know Tbilisi inside out, always eager to share their knowledge. To make the journey as genuine as possible they will take you around the city and introduce you to local culture of native people. 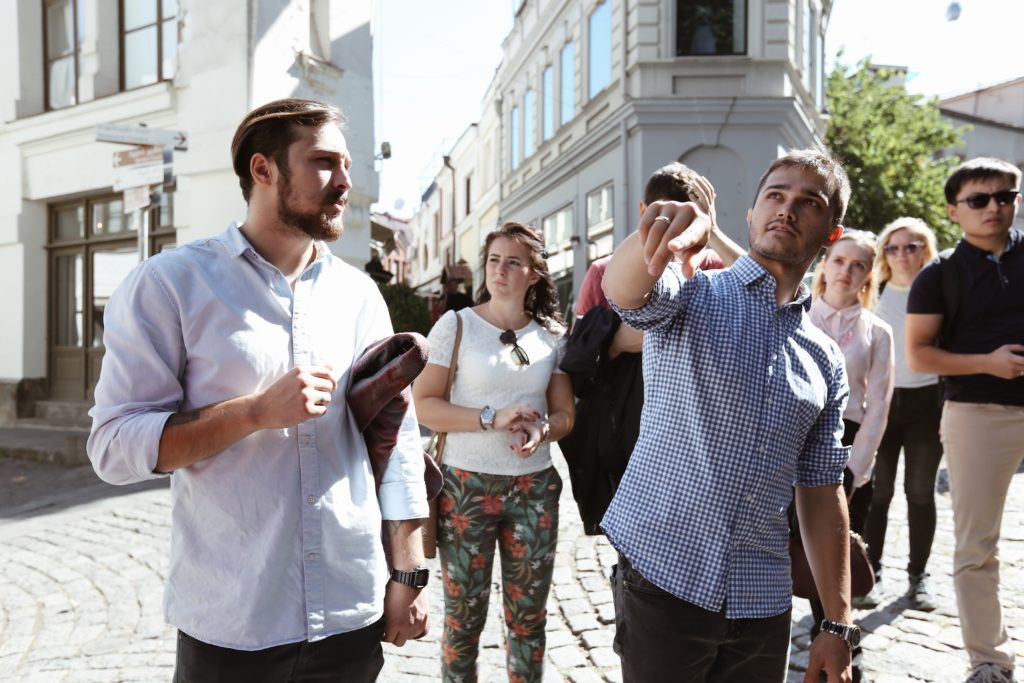 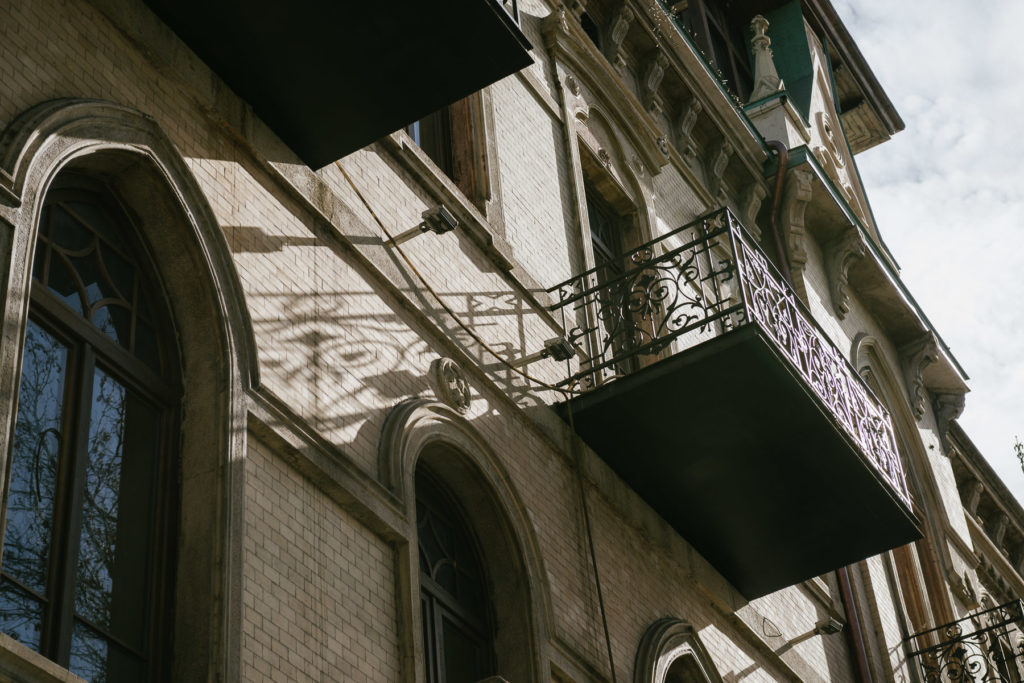 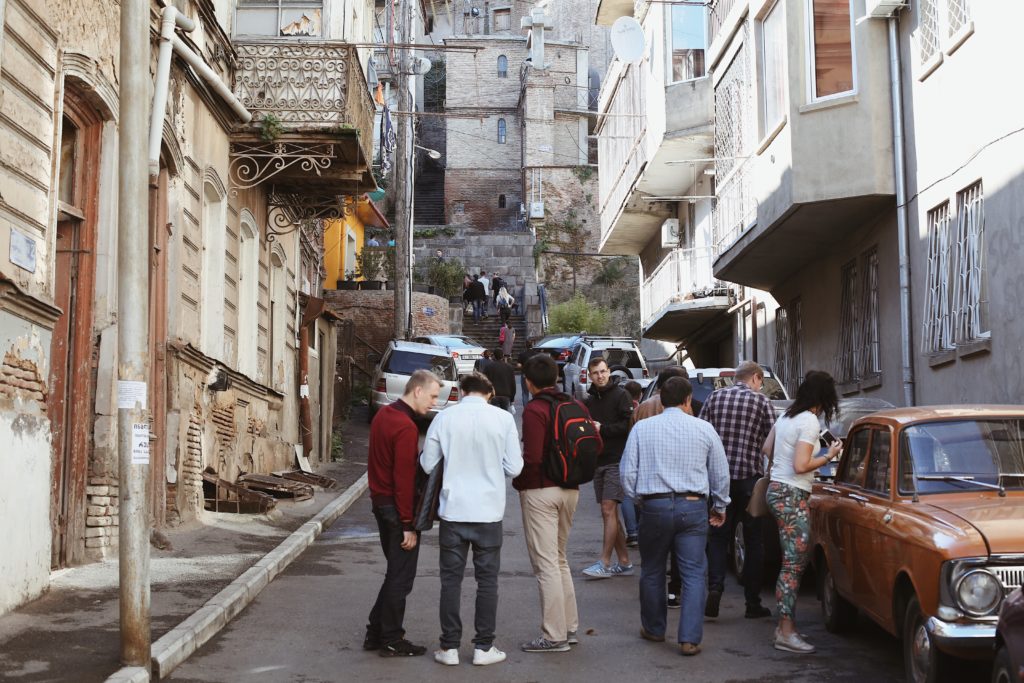 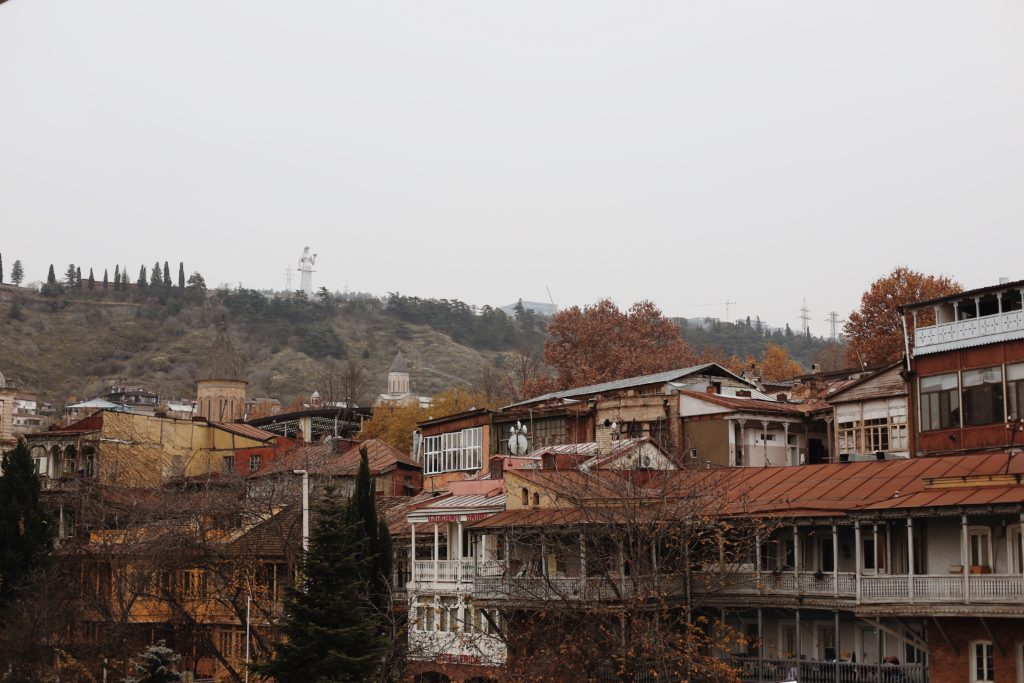 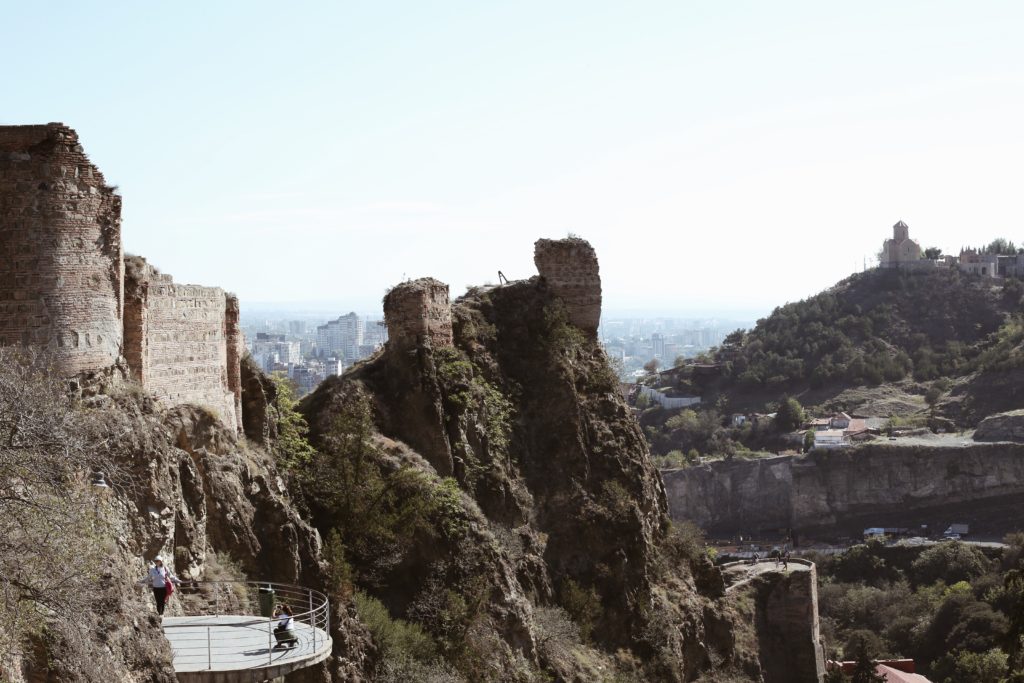 "What makes it so good? First there are the basics: smartly booked clubs with excellent soundsystems, passionate crowds and parties that go well past dawn. But there's also a more complex reality that is perhaps the scene's most important ingredient."

"Clubbers, forget London and Berlin- the place to dance is Eastern Europe. Like many eastern clubs, Tbilisi is pulling in major international DJs as well as nurturing homegrown talent."