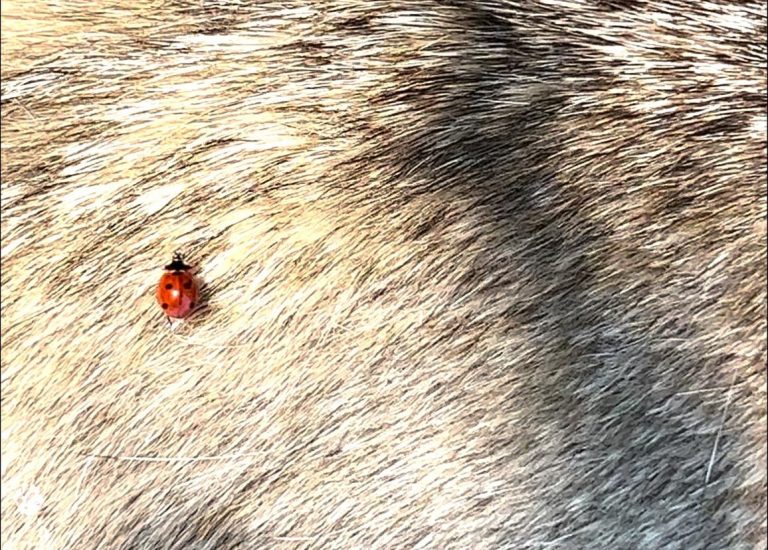 Artbeat is pleased to present a new site-specific installation by Anna K.E. Located across two rooms, operating in dialogue with one another, the exhibition includes a composition of sculptures, video and sound works, alongside a series of pastel drawings. Throughout, K.E. employs her characteristic methods of repetition and juxtaposition to playfully challenge ideas around space, identity and tradition. On entering the first room, we are immediately confronted by the corner of a large triangle at our feet, one of two that dominate the space. The first is a simply constructed frame that lies across the floor, filled with a cacophony of colorful seeds reminiscent of an aromatic bazaar. The seeds have been arranged to form precise, symmetrical forms within the triangle, rendered in clean, graphic lines. The uncanny combined effect is that of a pair of butterfly wings passed through an algorithm; iterated so many times that they have ceased to resemble organic forms at all. K.E. often uses repetition as a way of challenging meaning, repeating words and images over and over, until their original meanings begin to melt away and re-congeal as strange new hybrid forms. The vibrancy of the seeds and the defiant scale of the triangle act as provocations to the room’s sterility and limited geometry, literally refusing to be contained. The second triangle hovers like an ominous moth at the far corner of the room, partially obstructing the sole window. Its surface is made up of scraps of collaged speaker fabric, stitched together to convey the soft, gradual formation of organic matter over time. From within this structure, a sound work plays on a loop, projected through a cluster of smaller speakers that combine to create one combined sound—a stream of consciousness comprising snippets of recorded speech over pounding rhythmic beats and discordant melodies. K.E. extracts phrases from everyday life— “If you smell like a garlic”; “I would love you even more”—and subjects them to relentless iterative processing until they are reduced first to nonsense, then regenerate as entirely new forms. K.E.’s voice spirals into the ecstatic delirium of a mystic speaking “in tongues” and, slowly, the repetition begins to work on us, pushing our minds into an altered state wherein generic interpretations are swept aside to make room for thrilling new possibilities. In the second room, the walls are lined with a series of seven framed pastel-drawn portraits, presented in large, roughly-painted frames. As with the snippets of recorded sound, the portraits are interpretations of real people whom K.E. encounters on the road, functioning as abstract souvenirs. The resulting portraits are a surreal mixture of childlike wonder and the grotesque, with exaggerated features and vivid colouring to convey each subject’s distinct individuality. The disproportionate scale of the frames in relation to the images subverts the normal function of framing, namely as a hermetic seal between observer and work. By implicating the frames within the work itself, the portraits are permitted to retain their vitality, even within the gallery space. In the liminal space between the gallery's two main rooms, a mounted video piece plays on a loop, like a connecting thought. The single clip, captured ad hoc on an iPhone, shows a ladybug wandering alone across the quivering flank of a larger animal. As the camera lingers, we sense the artist’s indecision— whether to stop filming or hold—and are held in the same limbo, wondering if our patience will be rewarded by some kind of action. When it eventually comes, we are left to contemplate the sticky inevitability of the order of things.