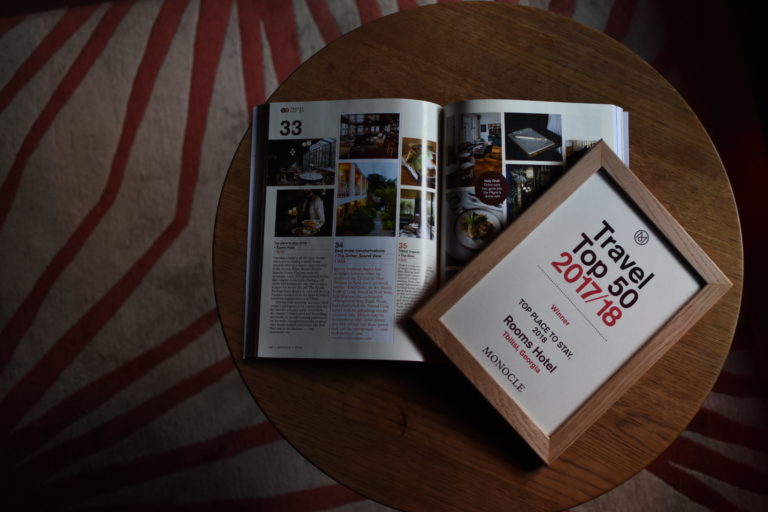 Opening a hotel is all the more fraught when you're touring a smart design minded affair in a nation unaccustomed to the format. When Rooms Hotel's founder Temur Ugulava chose the mountain resort of Stepantsminda for his first outpost in his native Georgia, not much had befallen the city since it was a hotspot for Soviet officials. The Rooms Kazbegi hotel opened in 2012 and in 2014 Ugulava decided to try his hand in Vera, a rundown neighborhood in Tbilisi.

Driving both locations'success is their owner's willingness to be a poster-boy for his nation's arts and crafts: wood from the country's forests goes into furnishings and works by up-and-coming painters are on the walls. Georgia's bountiful produce (and much-muled-over wines) also find their way to the kitchens.

Liked it? Let your friends know

Private recommendations are the best